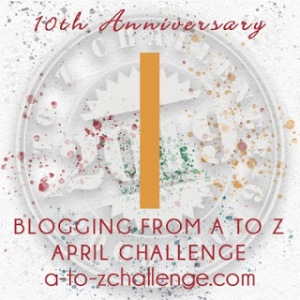 About a zillion words into a post about ifferisms, I discovered I was so bored I couldn’t go on, and if I couldn’t go on, neither could anyone else. So I abandoned it. That left a void in the topic area, but the only I word I could think of was I.

Then  David gave me permission to write about Alien Resort, a cartoon peopled–or, more accurately, aliened–by visitors from outer space.

The cartoon appears in newspapers from California (Alameda Sun) to Brooklyn (Canarsie Courier) to Cumbria, UK (Egremont 2day ) to Australia (Dunoon and District Gazette), plus a number of other publications along the way. They’re listed at the Hall of Fame.

Here’s a sample of what you see at Alien Resort: 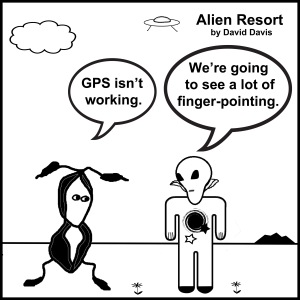 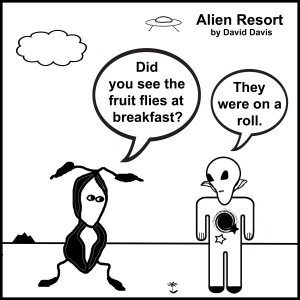 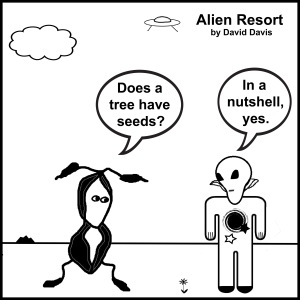 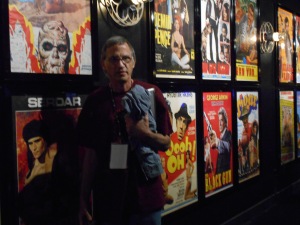 His short film Invisible Men Invade Earth has been screened at a number of festivals. It was named Most Original Concept at the 2016 Houston Comedy Film Festtival and Judges’ Choice at the 2017 What the Fest in Dallas. Read more about it and watch it on vimeo.