We’re watching, one more time, It’s a Wonderful Life. Clarence Oddbody, AS2 (Angel Second Class), aka Henry Travers, is showing George Bailey, aka James Stewart, how his hometown would look if George had never been born.

In a couple of minutes, George will learn that, because he never existed, his wife, Mary, aka Donna Reed, not only never married, but became a librarian. Judging from her granny glasses, frumpy hat, and bun, that’s a fate worse than death.

It’s a Wonderful Life isn’t my favorite Christmas movie. I prefer Miracle on 34th Street, in which Edmund Gwenn–whom I rank right up there with Henry Travers–is declared, in court, to be the real Santa Claus. No librarians were defamed in the making of that show.

Nevertheless, as soon as half the town crowds into the Bailey living room to pile money on the table, I start to cry. And I cry through the credits and the next three commercials. Even a not-favorite movie can stir emotions. Year after year after year.

Favorites aren’t easy for me. I don’t have a favorite novel or a favorite song or a favorite color. Or a favorite teacher, actor, or pet. I have multiple favorites. For me, those get-your-password questions–“What is your favorite television show?”–are useless. I never remember whether I said Andy Griffith or Law and Order or I’ll Fly Away.

I do, however, have a favorite Christmas carol: “It Came Upon the Midnight Clear.” The melody is lovely and singable, but it’s the words that move me. They speak of peace and quiet and rest for the weary, of heavenly song floating above human cacophony. They speak of both tidings of peace to one small group of men, and the promise of a world in complete harmony.

But they also speak of the present, of stopping, and looking up, and seeing angels. They’re there now, and they’re singing.

We have only to be still and listen.

It came upon the midnight clear,
that glorious song of old,
from angels bending near the earth
to touch their harps of gold:
“Peace on the earth, good will to men,
from heaven’s all-gracious King.”
The world in solemn stillness lay,
to hear the angels sing.

Still through the cloven skies they come
with peaceful wings unfurled,
and still their heavenly music floats
o’er all the weary world;
above its sad and lowly plains,
they bend on hovering wing,
and ever o’er its Babel sounds
the blessed angels sing.

And ye, beneath life’s crushing load,
whose forms are bending low,
who toil along the climbing way
with painful steps and slow,
look now! for glad and golden hours
come swiftly on the wing.
O rest beside the weary road,
and hear the angels sing!

For lo! the days are hastening on,
by prophet seen of old,
when with the ever-circling years
shall come the time foretold
when peace shall over all the earth
its ancient splendors fling,
and the whole world send back the song
which now the angels sing.

I don’t wait for moods. You accomplish nothing if you do that. Your mind must know it has got to get down to work. ~ Pearl S. Buck

I planned to say that I’m not in the mood to write, that for two weeks all I’ve wanted to do is watch Netflix from dawn to dark (dawn being in this case a relative term), that I don’t foresee a time when I will give a flip about writing novels or blogs or even grocery lists, for that matter, but that, as someone, maybe Stephen King, maybe not, said, if you don’t write, nobody cares and nobody’s going to make you, and as Pearl Buck said, you can’t wait for moods, you just have to buckle down and write, and that it would be a shame if I quit now, because as William Blake said, there’ s no mistake so great as the mistake of not going on.

There is no mistake so great
as the mistake of not going on. ~ William Blake

But I got sidetracked by the chairs pictured in “The Poets,” cited below.

They’re folding chairs with built-in lamps. One chair is named William Blake. The other is called J. W. Goethe.

I won’t elaborate–you can see for yourself–but I find them fascinating. I want one, preferably the William Blake. Although as a right-hander, I might need the left-handed J. W. Goethe.

I wonder whether the Goethe comes in green.

No matter. Neither will be in my stocking this Saturday morning.

But they’ve served their purpose. They made me smile, lifted my spirits, and put me in a mood to get down to work.

And to avoid the mistake of not going on.

The bustle in the house
The morning after death
Is the solemnest of industries
Enacted upon Earth.

The sweeping up the heart
And putting love away
We shall not want to use again
Until eternity. 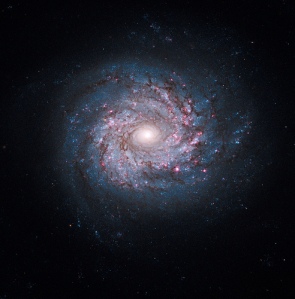 here is the deepest secret nobody knows
(here is the root of the root and the bud of the bud
and the sky of the sky of a tree called life;which grows
higher than the soul can hope or mind can hide)
and this is the wonder that’s keeping the stars apart

i carry your heart(i carry it in my heart)

Last August I wrote about one of my muses in My Cousin Ruth’s Statuesque Leg.

Yesterday afternoon, Ruth slipped into a coma. While we’re waiting for her to wake up, I think about bunk beds and horses and camping; and sledding down an icy hill one Christmas in Independence, Missouri, and running into a parked car; and discovering burritos at Taco Bell in Huntington Beach, California; and sitting outside on her deck one night in Bollingbrook, Illinois, and singing so loudly a neighbor came to see what was wrong; and laughing hysterically at Garrison Keillor’s rendition of “The Twelve Days of Christmas” while her adult children looked on in dismay; and singing the first two lines of “Whatever Happened to Randolph Scott” so she would be stuck on it the rest of the day; and handing her a note that said, “Fourscore…,” just before we marched down the aisle at my wedding because I knew she would remember Paul Ford in “The Music Man” and therefore would laugh through the ceremony; and watching a video of “Chicken Run” together and knowing exactly which lines would make her laugh.

There is a time for many words,
and there is also a time for sleep. ~ Homer

Let’s get one thing out of the way: The little white flakes you see floating across the screen don’t mean a visit to the ophthalomologist is in order.

They’re snowflakes, courtesy of WordPress. After January 4, they’ll disappear. If our weather doesn’t change radically, they will be the only snowflakes most Central Texans see this year.

We’re finally getting some 50- and 60-degree weather during the day. It was supposedly in the 40s when I left home early this morning. It’s now back down to 48.

I didn’t hear the forecast, so I don’t know whether to expect William and Ernest to sleep with us tonight. If the temperature dips into the 30s, the bed will be crowded.

One day last week, we had a high of 87, which I consider excessive even in summer. After a day like that, the cats won’t even sleep in the same room with the humans.

This being Texas, of course, nothing is certain. To quote the adage, “If you don’t like the Texas weather, just wait.” Christmas Day could bring icy streets and frozen water pipes, but we could as easily be running the air conditioning. Been there, done both. And no matter how much I grouse about the heat, I prefer AC to frozen plumbing. But most of my Christmases have fallen somewhere in between.

When it does snow–as it did two consecutive Christmases in the mid-80s, measuring twelve inches when packed and iced over–things stop. Most natives don’t know how to drive on snow and ice, and automobiles aren’t equipped for it. Road maintenance crews do what they can, but they’re not equipped to deal with streets and roads that need attention perhaps once in five or six years. It’s safer to keep drivers at home.

I speak from experience. When I was a college senior, I hit a patch of ice and ended up in a ditch facing the wrong direction. Fortunately, or unfortunately, depending on how you look at it, I landed right across the four-lane lightly-traveled (that morning) highway from my father’s workplace. He didn’t appear surprised when I straggled in wearing a sheepish smile. Having driven from Normandy to Cologne under less-than-ideal road conditions, he calmly drove the car out of the ditch filled with slick Johnson grass, and twelve miles later deposited me at the bottom of College Hill. Getting up the hill to comparative anatomy was my problem.

The fact that I remember that incident is significant. It’s the only driving-on-ice story I have.

But this far south, we like to pretend. News anchors and meteorologists (I’d rather write weathermen, but I won’t) speculate on the possibility of a white Christmas. We sing “White Christmas.” Shoppers trudge through malls to the strains of “Sleigh Ride,” “Walkin’ in a Winter Wonderland,” and “Let It Snow, Let It Snow, Let It Snow.” We hang tinsel on fir trees to simulate icicles and put cut-outs of snowmen on lawns. We do much of this wearing cotton t-shirts.

Our friends Greg and Maryellen have the right idea. They bring a cactus plant in from the patio and string it with lights.

When we get all excited at the prospect of a white Christmas, they smile and let us talk.

They’re from Ohio. They know exactly what we’re talking about.