Judges said “Invisible Men” has a “purity” that shows it comes from a “place of love,” and they could tell David made it simply because he wanted to.

David still claims he made it because he wanted something to do that didn’t require leaving the couch.

His videos have been recognized before– following Fantastic Fest 2015, Andrew Whalen described him in Player.One as “the eccentric director behind the weirdest festival entries in Austin”–but this is the first time his work has been judged #1.

We arrived at Pocket Sandwich Theatre in time to hear the last scenes of Dr. Jekyll and Mr. Hyde. Judging from the chorus of boos and hisses and the popcorn blanketing the floor, the audience had a rollicking good time.

Not as good a time as David and I had, of course.

Only one thing is missing. William and Ernest, who made it all possible, couldn’t be with us. Or, more accurately, wouldn’t be with us. Since that ill-fated trip to the vet last June, the sight of a suitcase sends them flying under the bed. A vet tech now comes to the house twice daily when we’re away to feed them and give William his insulin injection.

They like her. After eight years of hiding from company, William sashayed out, snuffled her hand, and invited her to give him a tummy rub. They agreed to star in “Invisible Men Invade Earth,” but that was when they were young. They have since given up the stage. Awards mean nothing to them.

David and I, though, are officially chuffed. And we’ll stay that way for the next couple of days at least. 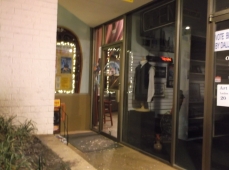 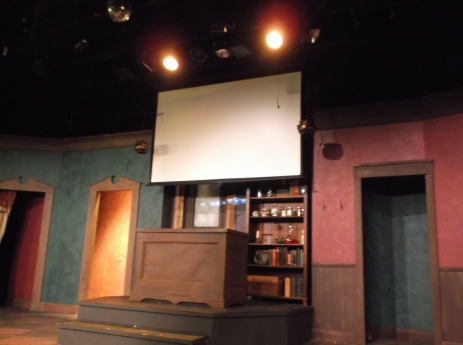 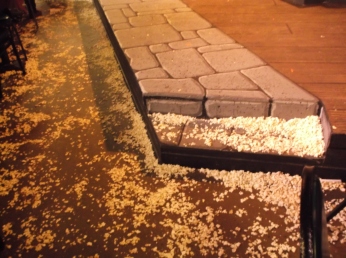 *In truth, David’s video was declared winner early this morning. The program started at 11:15 p.m. last night and it comprised twelve videos and one intermission plus intros and miscellaneous talk, so the awards portion didn’t roll around till about 2:00 a.m.