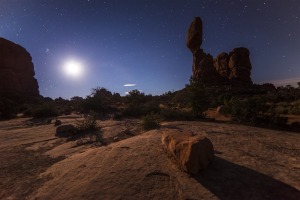 “The writer of an article about Dr. Seuss reported that at the end of an interview Theodore Geisel congratulated him for not asking the one question that people invariably ask. When the writer asked him what that one question might be, Dr. Seuss replied, “Where do you get your ideas?” “Well, all right,” said the reporter. “Where do you get your ideas?” “I’m glad you asked that,” Dr. Seuss said, and pulled out a printed card. On the card was spelled out the secret that the world pants for. It seems that on the stroke of midnight at the full moon of the summer solstice, Dr. Seuss makes an annual pilgrimage into the desert, where an ancient Native American hermit and wise man has his abode. That old Indian, Dr. Seuss declared, is the source of all of his ideas. But where the old Indian gets his ideas, he has no notion.

“Where do you get your ideas? I suppose the people who ask this question are expecting a rational, one-sentence reply. What they get from me is a rather stupid stare.”