The Tale of Mervin and Leroy

as recalled and recorded by her daughter 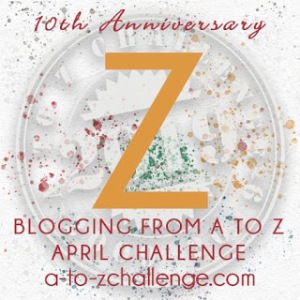 Once upon a time, there were two little moose named Mervin and Leroy. They lived high up in the Teton Mountains.

Leroy heard and called out his window, “Whaaaaaa-aaaaaaaaaaaaaat?”

Both of their mothers said, “Yes, you may,” and bundled them up in long underwear and wool sweaters and mufflers and toboggan caps. Then both mothers said, “You may play on the mountain, but do not go down to the lake and go swimming. It’s too cold to go swimming.”

Mervin and Leroy said they wouldn’t.

Then Mervin said, “I’m bored. Let’s go down to the lake.”

So they trotted down the path. When they got to the lake, Mervin said, “Let’s go swimming.”

“But our mothers said not to,” said Leroy.

“But we didn’t bring our bathing suits,” said Leroy.”

They took off their clothes and hung them on a bush and ran into the water.

That’s because while they were swimming, a great big bear came by and stole their clothes!

“I’m freezing,” said Leroy. His teeth were chattering so fast he could hardly talk.

Mervin said his feet were like blocks of ice.

They scuttled behind a bush. But their mothers were very smart and found them right off.

Mervin and Leroy were shivering and shaking. They were so cold they were turning blue.

Their mothers took them home and put them in their beds and stacked blankets and quilts on top of them, and put hot bricks in the beds to warm their feet.

But Mervin and Leroy had gotten so cold they caught pea-neumonia, and the doctor came and give them penicillin shots.

They had to stay in bed for a whole month before they got well.

And after they got well, they always did as their mothers told them, and never went to the lake when they weren’t supposed to, and never, ever hung their clothes on a bush where a bear might steal them.

Z Moral: Little moose who engage in risky behavior might end up being caught by a bear and sold to greedy animal hunters and sold to a zoo.

Mother Moral: You can probably figure this one out for yourself.

You can imagine my emotions when, in my teens, I was watching the afternoon movie and saw on the screen the words, “Directed by Mervyn LeRoy.”

I have never quite gotten over it.

Zither: from James Thurber’s “The Night the Ghost Got In”:

A young James Thurber hears noises downstairs, but when he investigates and sees nothing, he decided there’s a ghost. His mother throws a shoe through the neighbor’s window and shouts to him to call the police. The police come.

“Police were all over the place; doors were yanked open, drawers were yanked open, windows were shot up and pulled down, furniture fell with dull thumps. A half-dozen policemen emerged out of the darkness of the front hallway upstairs. They began to ransack the floor: pulled beds away from walls, tore clothes off hooks in the closets, pulled suitcases and boxes off shelves. One of them found an old zither that Roy had won in a pool tournament. “Looky here, Joe,” he said, strumming it with a big paw. The cop named Joe took it and turned it over. “What is it?” he asked me. “It’s an old zither our guinea pig used to sleep on,” I said. It was true that a pet guinea pig we once had would never sleep anywhere except on the zither, but I should never have said so. Joe and the other cop looked at me a long time. They put the zither back on a shelf.”

~ James Thurber, “The Night the Ghost Got In,” from My Life and Hard Times