If I were going to write a memoir about my years as a librarian, I’d title it The Accidental Librarian.

Because the job wasn’t part of a plan. It just happened along.

One Sunday afternoon in early August, many years ago, I was sitting at home, minding my own business, when  a school administrator /old friend called and said, “You want to be the librarian?”

The previous librarian had resigned. School would start in two weeks. The principals had talked amongst themselves and designated me The Chosen.

My end of the conversation went from Who, me? to I’m not qualified to Well, I don’t know. A week later, after conferring with a dean of the UT Graduate School of Library and Information Science (UT-GSLIC, or just the Library School), I moved on to a shaky Okay.

Three years earlier, I’d completed my M.A. in English, breathed a sigh of relief, and promised myself I was finished with grad school. Oh well. I wouldn’t have to register until after Christmas.

So. The state education agency granted a waiver. I cleaned out my classroom. I gave away most of my teaching materials. I moved across the hall to the high school library. School started. I found myself with the title of District Librarian and responsibility for three campus libraries.

Which included teaching primary and elementary students two days a week. Teaching being a relative term.

I had no education or experience with that age group. I’d seen hardly anyone below the age of fourteen for years. I was certified to teach grades six through twelve. But Learning Resources Specialist was an all-level certification.

What a shame mine was temporary and had been granted on a technicality. But when the going gets tough…

I learned that writing one’s name at the top of the page required fifteen minutes out of a twenty-minute class.

I learned that if second graders said, “May we write in cursive?” and I said, “Of course,” it would take thirty.

I learned that if I showed third-graders a new historical picture book about Queen Elizabeth I, the principal would ask me, months later, why I had told students that if they went into the restroom and turned off the light and said, “Bloody Mary, Bloody Mary, Bloody Mary,” a severed head would appear in the mirror.

The biggest lesson I learned was that sometimes I wouldn’t have any idea what I’d learned. To wit:

Once upon a time, I read “Hansel and Gretel” to a class of kindergartners. My audience, sitting rapt at my feet, comprised sixteen exceptionally good listeners, a fact I later regretted.

When I reached “And they lived happily ever after,” little Cuthbert (not his real name) stopped stroking my panty-hose-clad shin and tugged on my skirt. I ceded him the floor.

“But it’s a really good thing, what the witch did.”

Since he spoke kindergartner-ese, I thought perhaps I had misunderstood. Come again?

“It’s a really good thing, what the witch did.”

I should have slammed the book shut right then, or pulled out the emergency duct tape, or something, anything to change the subject. But I’m not bright, so I asked Cuthbert to elaborate.

When the witch tried to shove Gretel into the hot oven she was doing a good thing. Because then Hansel and Gretel would die and go to Heaven to be with God and Jesus.

I smiled a no doubt horrified smile and said something like But But But. And, while Cuthbert explained even more fully, I did a quick analysis of my options:

a) If I said, No, the witch did a bad thing, because it is not nice to cook and eat little boys and girls, then sixteen children would go home and report that Miss Kathy said it’s bad to go to Heaven and be with God and Jesus.

b) If I said, Yes, the witch did a good thing, because cooking and eating little boys and girls ensures their immediate transport Heavenward, then sixteen children would go home and report that Miss Kathy condoned cold-blooded murder and cannibalism. Plus witchcraft. Plus reading a book about a witch, which in our Great State is sometimes considered more damaging than the murder/cannibalism package.

c) Anything I said might be in complete opposition to what Cuthbert’s mother had told him on this topic, and he would report that to her, and then I would get to have a conference that would not be nearly so much fun it might sound.

(N.B. The last sentence under b) is not to be taken literally. It’s sarcasm, richly deserved. The earlier reference to emergency duct tape is hyperbole. I’ve never in my entire life duct taped a child.)

Well, anyway, I wish I could say the sky opened and a big light bulb appeared above my head and gave me words to untie this Gordian knot. In fact, I can’t remember finding any words at all, at least sensible ones. I think I babbled and stammered until the teacher came to repossess her charges.

I’m sure Cuthbert kept talking. There’s no telling what his classmates took away from that lesson.

I suppose, if I’d been in my right mind, I’d have said something to the effect that God and Jesus don’t like it when witches send people along earlier than expected.

But the prospect of talking theology with this independent thinker stopped my brain function.

I was expending all my energy trying not to laugh. 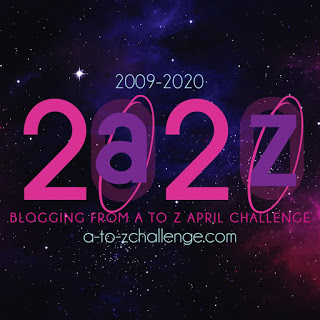