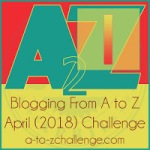 I broke another rule: Never again would I drop in at my favorite independent bookstore. I would go to my Austin Mystery Writers critique group in the cafe every other Thursday. But go there without a specific reason–no.

The reason for the rule: I buy books. It started over twenty years ago, the day I walked in with a purse and walked out with four or five books and my purse much diminished. The indulgence must stop.

Today, however, on the way home from an appointment, I remembered a legitimate reason to stop there: In February, leaving the store after AMW’s book launch, I realized I’d left two plates of brownies on the refreshment table. David asked if we had enough plates at home that we wouldn’t starve. I said, Yes. I’d planned to leave some brownies for the staff anyway, and I could get the plates the next time I was there. So we went on home.

I’ve visited the store several times in the past two months. However, I’ve thought about plates only when I was elsewhere. 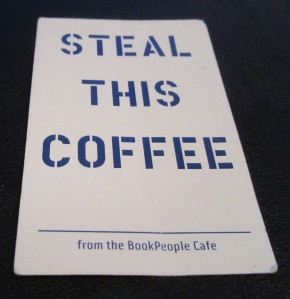 Today, on the way home from an appointment, I remembered. It occurred that I would be there legitimately next week. But I managed to come up with an excuse: It had been two months. How thoughtless of me. Their break room probably didn’t room for extra dishes. I doubled back.

Unfortunately, no one at the information desk (or anywhere else) knew where they were–or even remembered them–and it took several people a full half-hour to find them.

Fortunately, that gave me time to fall into my favorite trap: I saw books, wanted them, carried three to the cafe, read the cover flaps, and took notes. The good news is that I didn’t buy they them. The other good news is that they gave me an idea for a blog post. In addition, each of those books started with an idea.

That may be stretching things, but today is all about breaking rules.

Joshua Hammer, The Bad-Ass Librarian of Timbuktu.
Simon and Schuster, 2016.

Abdel Kader Haidara, an archivist and historian, traveled from Timbuktu across the Sahara, along the Niger River (the first person to do so), in search of ancient Islamic and secular manuscripts that were “crumbling in the trunks of desert farmers.” Then a complication arose: Al Qaeda showed up. The manuscripts were “destined for sure destruction.”

Among the manuscripts he saved:

In his race to save “the world’s most precious manuscripts,” Haidera became “one of the world’s greatest and most brazen smugglers.” He and a network of librarians sneaked 350,000 volumes to safety in southern Mali. His act demonstrates that “ordinary citizens often do the most to protect the  beauty and imagination of culture.”

An article about Haidara and the manuscripts published on April 21, 2014 appears on the National Geographic website.

Author Joshua Hammer speaks about his book, the history of Timbuktu, and Haidara’s accomplishment on Youtube. Slides of manuscripts are included.

Instead of writing about the other two books in this post, as I planned, I’m going to save them for a later. They’ll fit Days L and T.

Or, if I’m creative, they’ll fit any letter I wish them to.

To read more posts dedicated to the letter I, click AtoZ

6 thoughts on “Day I: Ideas #AtoZChallenge”