Then — glancing narrow, at the Wall —
And narrow at the floor
For firm Conviction of a Mouse
Not exorcised before — 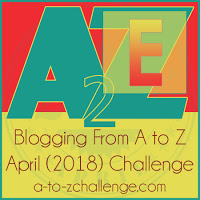 I’ve been trying to remember the last time I opened a real letter. Not a bill, not an invoice, not a request for donation, but a real letter from someone who knows me well, that begins with Dear Kathy, ends with Love, and has a middle meant just for me.

Oh, all right, I admit it–I never opened my mail behind a locked door, as Emily Dickinson does hers–but still, there was something delicious about those pieces of paper now called, with condescension, snail mail.

Opening a snail mail envelope was like opening a gift.

Sometimes it held two page on onionskin from my English pen pal, telling me about a rock concert she’d attended.

Sometimes it held fifteen pages from my cousin in California, a detailed narrative of the plot of a movie she’d seen on the late show.

Once it enclosed a card from my Aunt Betty, picturing a sad little dog and the caption, “I’m feeling dejected ’cause you was neglected,” and a note saying she’d planned to call and wish me happy birthday but had fallen asleep on the couch, and when she woke it was past both our bedtimes.

Most letters weren’t memorable; they contained news of school plays and shopping and chickenpox and report cards and last night’s overdone roast and church and swimming and Christmas caroling, just everyday life.

But they were special nonetheless, and it was the snail that made them so–traveling slowly, making us wait, and then, when hope was dwindling–surprise!— an envelope addressed in a familiar hand would fall out of messy handful of bills and circulars and slide across the concrete floor of the post office foyer.

Several years ago, I joined the Letter Writers Alliance, an organization “dedicated to preserving this art form; neither long lines, nor late deliveries, nor increasing postal rates will keep us from our mission.” I received a membership card and pledged to “carry on the glorious cultural tradition of letter writing.”

As a member, I’m supposed to take every opportunity to write letters. But I don’t. My penmanship isn’t what it used to be–too much time at the keyboard.

But I have good intentions. I buy pens and stationery to feed my habit. Who knows when I’ll loosen up and begin to correspond? 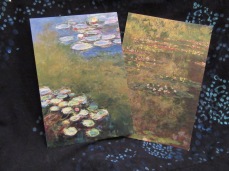 By the way, here’s what Emily does when she finally gets that envelope unlocked.

It’s what we all do: We read how infinite we are to the writer–the person whose name is written beneath the word Love.