K is obviously for Kathy, a name at the heart of a lifelong kerfuffle.

The plan was to name me Katherine for my great-grandmother and to call me Kathy. But at the last minute, when the nurse came in and asked for the baby’s name so they could type up a birth certificate, my mother added Mary for my grandmother. Later she told my father what she’d done and he said that was fine with him. He liked his mother-in-law. My grandmother liked the name.

Mother later told me she’d wanted to spell Katherine with a C, but she was afraid her grandmother would say I wasn’t really named for her (the family was funny that way).

Thus was I denied the privilege of assuming the mantle of romanticism connected with hearing Heathcliff call across the moor, Catherine! Catherine! (I don’t think he did that in the book or the movie, but I have a good imagination.)

The precaution turned out to be unnecessary, because every time my great-grandmother, whom we called Grannygirl (that’s another story) wrote my name, she spelled it Catherine.

(I was glad I’d been spared her first name, Minna. She didn’t like it either and changed it to Minnie but later wished she hadn’t.)

Otherwise, my name was fine with me, too, as long as we stayed put. But when we moved and I had to enroll in a new school in the middle of second grade, the teacher said they already had a Kathy so I had to be Mary. I didn’t mind–it was just one more of the slings and arrows of being uprooted from my hometown and moving halfway across the universe*–but when I discovered the other Kathy was always called Kathleen, I thought the teacher’s reasoning was a little off.

The next September, I sat with twenty-something other third-graders and their mothers while the teacher called names from a stack of book cards. She got to Mary K. Waller; my mother marched me up and said she’s here, and she’s called Kathy; the teacher said, No this is Mary K-A-Y. I sat back down. Mary Kay didn’t appear. The teacher went through the no-shows and once again, Mary Kay didn’t appear. My mom said she thought that must be a clerical error–one person read the names, another person wrote them down?–and so I settled in as Kathy. 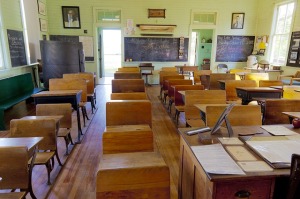 The next year, mothers didn’t hang around for the settling in–I suppose fourth graders were deemed able to fend for themselves–and when the teacher called Mary Waller? I let it slide. Later when my mother asked why, I said something like, “Meh.” Vicki, my best friend from third grade, called me Kathy; others who’d known me before took their pick.

Fast forward to college: Roommates said Kathy, but otherwise, I was Mary. Once I was Mark. The first time the philosophy professor called for Mark Waller, I said nothing, but when Mark didn’t answer the second time, I raised my hand and said in a small voice–one doesn’t want to accuse a prof of illiteracy on the first day of class–Mary? he rechecked the list and laughed. Since then, two more people have made the same error. Perfectly understandable: when you’re skimming, Mary K. resembles Mark.

I was a bit miffed, however, last Christmas Eve, when the young man at Best Buy told me he didn’t have my order. I said the computer said he did have it. He said he didn’t. I said would he check again. He pointed at his monitor and said there was only one Waller on the list.

He said, “Oh,” and forked over the box. I was as sweet about the situation as I could manage, considering it was Christmas Eve and I knew he’d  been extra busy; but, considering it was late afternoon on December 24th, and I’d started shopping on December 23rd, my store of sweetness was at low ebb. My words might have carried an undertone that said, Knothead.

My adult life has comprised a series of minor tangles with officialdom. Minor, because I’ve defaulted to Mary. Sometimes I forget. Last week, the nurse assigned to handle my infusion looked up from her monitor and said, “Hi. I’m Holly.”

Her expression changed from welcoming to stricken. I got it, admitted I was Mary, and watched her begin to breathe normally again.

My mother once said she thought I didn’t like my name. I did, and I do. It has a pleasant sound, and my written initials have a pleasing symmetry.

It’s sharpened my mental acuity and flexibility by requiring me to (usually) remember who I am in (almost) any setting.

But there are drawbacks. The first hearkens back to the third-grade Mary Kay thing. I do not like being confused with a cosmetics company. 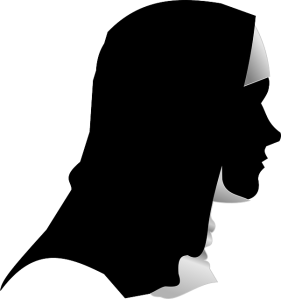 The second concerns two questions I’m asked more and more frequently by young people who don’t understand that Mary Katherine was a perfectly acceptable, mainstream, plain, ordinary, everyday name before it gave way to Lisa and Jennifer and Ashley and Madison:

Are you a nun?

I’m a member of a large Protestant family that recycles names.

* About 250 miles to the southwest, to Del Rio, on the border with Mexico. It was a nice place, and after a few months, I loved being there. Sometimes I wish we’d stayed.

** Serendipity! [An English major thing] Attempting to find a reference to Heathcliff calling Catherine, I came across this article–Heathcliff and Cathy, out on the wild, windfarmed moors–by Lucy Mangan, published in The Guardian, April 12, 2012.

I hate to admit it, but I like Ms. Mangan’s starcrossed lovers much more than I like Emily Bronte’s.