When I was a child, my family lived across the street from a couple whose daughter, Denise, was almost three years old. Denise had blonde hair her mother put up in a curly little pony tail. She was as cute as a bug and as bright as a button, but not as sweet as pie. She wasn’t a holy terror, but her attitude often (most of the time) made her difficult to deal with. She  was just plain contrary, and she made sure everyone knew it. Her favorite word was, “NO.”

One evening she and her mother, Phyllis, was sitting with us in our front yard, as they did nearly every summer evening. Phyllis sat in a glider and Denise stood in the seat beside her.

In the course of the conversation, Phyllis said, “We’ve had quite a day.” She went on to say–in vague terms–that there had been much discussion, much disagreement about what and how things would, and would not, be done, starting at breakfast time and running nonstop for the rest of the day–but she thought an agreement had finally been reached. Then she looked at her daughter and said, very sweetly, “But we’re not going to use that word any more, are we, Neesie?”

Denise leaned over, got right in her face, and said, in a very nasty tone, “NNNNNNNNNNO.”

The audience erupted in laughter. 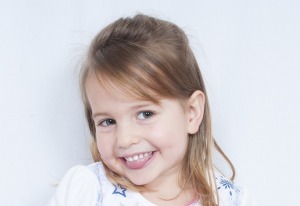 I would like to say there’s a moral to this story, but after decades of pondering, I haven’t found one. If you can think of anything, please leave it in a comment.

2 thoughts on “N Is for No: #atozchallenge”