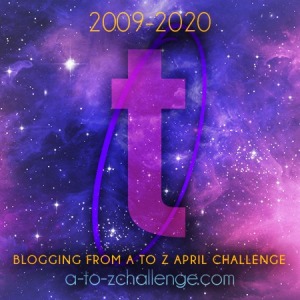 The time is out of joint: O cursed spite,
That ever I was born to set it right!
~ William Shakespeare, Hamlet,
Act I. scene v.

Today I had a temper fit.

It had been building. In fact, it’s a wonder I didn’t lose my equanimity months ago.

The catalyst: I read a bit of non-faux journalism that suggests certain of the Powers That Be don’t think I’m—how shall I put it?—too big to fail.

And it didn’t set well. Hence the fit.

Let me be clear: It was not a major fit. No yelling, no screeching, no smashing of Waterford or Royal Doulton with Hand-painted Periwinkles.

Lobbing china at the hearth might be therapetic, as Barney Fife used to say, but it also ends with a lot of sweeping and mopping, and, if the S&M aren’t done properly, the tweezing of tiny participles* out of the soles of one’s feet.

But today venting seemed appropriate, so I engineered a venting fit. First, I cooled down. Active anger results in tangled thoughts and words. So I centered.

Then I emailed two of my elected representatives, stated my concern, and asked what they think about the issue. Next, I told them what I think and, in measured but no uncertain terms, advised them they’d better agree with me and act accordingly.

I do not expect them to agree or to act accordingly.

I do expect to receive, via email, replies so patronizingly and condescendingly irritating that I’ll be tempted to lob hand-painted periwinkles at the hearth.

But I shall not lob. I shall engineer another venting fit.

I do not expect to set everything right—after all, if Hamlet, who was a lot savvier than I, was unsuccessful at rooting out corruption in government, I doubt my paltry efforts would have much effect.

But I will use my time wisely. I will exercise my Constitutional right of Freedom of Speech.

I will email the Powers That Be.

And if the PTB find those emails patronizing, condescending, and irritating, I’ll have done what I set out to do.

*As my great-aunt Vara’s odd-job man used to say.