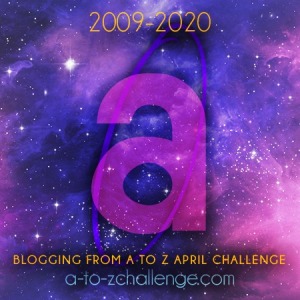 As I wrote in Monday’s not-Theme Reveal, my A to Z Writing Challenge has no theme. Officially, it’s listed as “Other and Miscellaneous.” The Archon’s Den blogger claims “chaos and confusion” as a recurring theme. I wish I’d thought of that.

Anyway, the obvious and easiest A topic is April.

On April 1, 1968, my junior English class put out a special issue of the school newspaper.

(The school was small; we twelve were the only juniors.)

One article reported the purchase of new and badly needed uniforms for the girls’ basketball team. A drawing of the outfit was included. The shorts were of your plain garden variety, but the top featured cap sleeves, a bib enhanced with vertical pin tucks and  pearl buttons, and a Peter Pan collar. There might have been a ruffle somewhere. They would spend off seasons in cold storage.

A second article reported that the school would buy two new Ford Mustangs for use in an onsite driver’s ed. course in the fall. At the time, students had to travel ten miles to a larger district to earn the credit. Driving a Mustang, which Ford had been producing for only four years, was a Certified Big Deal.

A third item announced that the girls’ choir would sing at President Lyndon B. Johnson’s campaign rallies that summer, which, of course meant nationwide travel. Dredging up words from the junior English vocabulary list, the reporter quoted the choir director: She said we’d been spuriously honored and that the tour would go a long way toward ending the mal de mer running rampant through the student body. I think she also said the girls were proud to be invited, and that she was sure they would continue to prosit.

Copies were distributed at the beginning of first period. Paper staff, mouths shut and expressions innocent, waited. The response was more than gratifying.

Sitting in the front row of geometry class, the co-editor and I watched the teacher/girls’ coach, brow wrinkled, examining the new basketball uniform and wondering aloud who had chosen it and why she hadn’t been asked for input. She didn’t say it looked gosh-awful, which must have taken immense restraint. While she was puzzling, the team, most of whom sat behind us, showed no restraint. They said plenty.

In the hallway between classes, students raved about the Mustangs. The district was small—high school enrollment numbered no more than fifty—and had to watch its pennies, so its splurging on two sports cars was almost too good to be true. One 1950 Chevy would have made a splash.

With the exception of the co-editors, choir members hadn’t been informed that they would sing at political rallies. They appeared confused but accepted the story. It made sense; we knew a number of patriotic songs.

No one mentioned that the night before, President Johnson had announced on national television, “I shall not seek, and I will not accept, the nomination of my party for another term as your president.” No one asked why the student body was seasick. The choir director, who doubled as our English teacher, issued a compliment. She said the quotation sounded just like her.

Finally, about noon, someone noticed the date on the first page—April 1—and we were busted.

Readers were good sports. They laughed; no one chewed us out.

Some were disappointed: The choir wouldn’t sing at rallies, and the business about the Mustangs was too good to be true.

But sighs of sorrow were as nothing compared to the sighs of relief: Peter Pan collars were out.

Note: The choir would been happy to sing for a different candidate, but Hubert Humphrey forgot to invite us.

I hoped last fall’s Great Unearthing would produce a copy of the April Fools’ issue. No such luck. I would like to read it again. I would love to see the drawing of that uniform. It would make a fine illustration when U rolls around.

I just checked the A to Z master list and discovered that I slipped up and registered my theme not as “Other and Miscellaneous,” but as “Author/Writer (craft of writing, stories, memoir).” That is unfortunate, because the only things I know about craft are that it would be wrong to put a colon after the are in this sentence, that the lack of a properly placed Oxford comma drives me crazy, and that the price of a dedicated, supportive critique group is above rubies.

Here’s are links to the A to Z Blogging Challenge master list. (https://docs.google.com/spreadsheets/d/1YphbP47JyH_FuGPIIrFuJfAQiBBzacEkM7iBnq6DGDA/edit#gid=1617533974

Themes appear there. If you visit some of the blogs, you’ll make the writers happy. If you click Like, they’ll be even happier.

Image of Lyndon B. Johnson, 1966. By Yoichi Okamoto.  Public domain. Via Wikipedia.

Image of Ford Mustang logo. By zopalic. Via Pixabay.com.